How to Stop A Cold When You Feel It Coming On

We all know the feeling - your body feels off. You can feel tired despite having a great night's rest or you nose is a bit runny, your throat a bit scratchy or perhaps sore. These are early but suble signs that you might be catching a cold or the flu! We investigated natural cold & flu prevention remedies, including some do-it-yourself cleaners and items you can purchase to protect your family including a centuries old essential oil mixture alleged to protect against the bubonic plague!

This essential oil mixture dates back to the 15th century when the bubonic plague (aka Black Death) ravaged Europe and Asia which is estimated to have killed 150 million people during the four year pandemic! The legend is that a group of thieves who notoriously robbed everything in sight often directly from those very sick with the plague never caught the sickness themselves!

Those who came across the thieves and survived noted that they wore hats and masks that smelled like vinegar, garlic, herbs and spices, predominantly being essential oils of cloves, lemons, cinnamon, eucalyptus, and rosemary.

When finally captured and threatened with being burned alive for their crimes, the judge made them an offer - to reveal their secret to avoid being burned alive, and so the thieves confessed to the court that they were perfume and spice traders who lost all their wealth due to the devastating effects of the plague and revealed the essential oil recipe which they applied to their hands, ears, feet, temples, and on a mask that they wore over their mouth. They swear it prevented them from contracting the plague. Today, millions use the oil to treat and prevent the flu, colds and illness, clean and disinfect their homes or businesses, and sanitize the air.

You can purchase Thieves oil pre made or make it yourself - please find the recipe below.

This little great device uses ultraviolet light rays to sanitizer your mobile phone (you wouldn't believe how many germs are lurking on it right now!), keys, pens and other items that fit in the unit. Sure, you could wipe down your phone but chances are you are missing spots, and not managing to wipe every single nook and cranny. This machine ensures all areas are clean, killed 99.9 of bacteria and viruses, and doing so easily in under five minutes. We like the model below and it has great reviews and is one of the more reasonably priced models.

For respiratory illnesses such as the flu or common cold, humidifiers are essential to make it easier to breathe especially if you live in a colder climate where the air is very dry. A humidifier inserts moisture into the air, which is especially helpful if you have congestion, or a dry cough which can make impact sleep quality. Humidifiers are vastly popular these days with different models and methods of adding moisture to the air. Additionally, a humidifier mist can be infused with essential oils, like thieves oil, or eucalyptus which has been shown to help protect against airborne viruses like the flu. The relative cost of a humidifier is inexpensive for the benefits you get (a good night's sleep is in invaluable!) and it will last many years.

With the sudden popularity of toilet paper, now may be the time to see what the French have been touting about all this time. Newer models are inexpensive and attach to existing bathroom toilets, making them an inexpensive way to improve hygiene and reduce toilet paper usage. The units have become increasingly popular in the United States despite once  looked down upon. Those who use bidets swear they could never go back! We selected a popular model below that has many positive reviews - but you can go much fancier, or even install a standalone bidet. We recommend starting out with this first.

Sage may not be widely known to many persons for its health benefits but it has actually been used in traditional medicine and beliefs for some time. Its antimicrobial properties keep airborne viruses, fungi, and harmful bacteria away. White prairie sage is anti-bacterial in addition to being anti-microbial, whereas white sage is also anti-microbial. Sage is commonly burned (also known as smudging) to repel insects, pathogens and for those with traditional beliefs, bad energy. 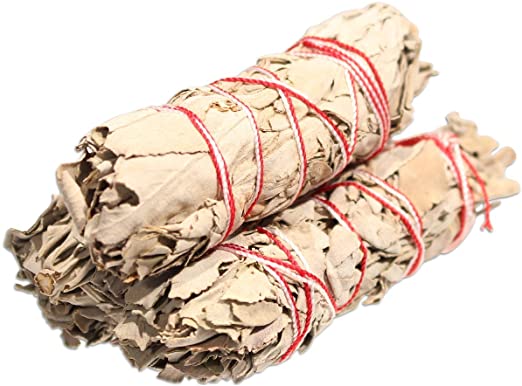 It is believed that Sage releases negative ions which allegedly neutralizes positive ions such as pet dander, pollution, dust and mold - providing relief to those with asthma, allergies, bronchitis, and respirator conditions.

A recent study showed odoriferous plants such as Sage killed 94% of airborne viruses in the air. such as the flu or common cold. While it has not been been tested against the Coronavirus, it is a good idea to have some at your home or place of work to help clean the air.

What you will need:

With a match or lighter ignite the Sage bundle, allowing the flame to burn a good part of the ends and then fan out the flame to allow the embers to smoke. Set it in the bowl (ensuring it is away from objects to avoid risk of fire). Let the sage embers continue to fill the room with the smoke. During this time, you should not be in the room inhaling this, but rather come back when the it has finished burning.

Greek Oregano oil is an especially powerful plant-based essential oil that is anti-bacterial, anti-viral and anti-fungal. It has been used for centuries topically and internally. When it comes to keeping germs away, it is a powerhouse. It is often touted as nature's version of antibiotics except that it is much more unlikely to have unpleasant side effects such as stomach upset (including leaky gut, destroying healthy stomach probiotic bacteria), antibiotic resistance and reduced vitamin absorption. The Greek variety of the plant grows on mountain tops and has a high Carvacrol content which powers the oils germ fighting abilities. Thymol, another compound within the oil also has similar therapeutic benefits. Recently, the oil has been studied for use in hospital cleaning and has shown to be effective against superbugs! .

Oregano oil has been effective preventing and treating:

Oregano oil has been noted against several strong viruses and bacteria including MHRSA (a hospital superbug that can be deadly) in several studies conducted worldwide. Carvacrol, the powerful compound mentioned above has been studied across 800 studies, referenced in PubMed, a leading scientific evidence based database.

How to use Oregano Oil

Greek Oregano oil is very powerful and hence must always be used carefully and diluted. It can be used internally, topically (on skin or as a cleanser), or with a humidifier. Oregano oil can cause rashes in persons with skin sensitivity. Keep out of reach from children. If you are pregnant, nursing, or under a doctor’s care, consult your physician. Avoid contact with eyes, inner ears, face, and sensitive areas. When using oregano you will always need only a small amount, the bottle never be ingested whole! Oregano oil will normally be sold the ounce and include a dropper.

Someone who has never taken oregano oil internally before should start with one drop per each 8oz. glass of water - it is that powerful! Drinking pure oregano oil, undiluted will can cause organ damage and in some instances become fatal. Additionally, oregano oil can cause a stinging sensation with it comes in contact with your tongue and mucous skin membranes (around your mouth), so dilution is key and start gradually. Here are specific ways to incorporate it into an elixir, food, or vitamins:

As a household cleanser:

Oregano kills many germs and bacteria and is highly effective without the use of toxic chemicals, to use Greek Oregano oil for cleaning:

Do It Yourself Hand Sanitizer

Creating your own hand sanitizer is fairly simple and helps to protect you against the coronavirus, cold causing germs and other bacteria - the easiest way is to combine aloe vera gel with rubbing alcohol and add a few drops of essential oil. Given the shortage of hand sanitizer, this is especially popular, and you can make the mixture stronger than what's commonly available. For directions, see below:

Remember, hand washing is best - use hand sanitizer when you cannot wash hands. With washing or hand sanitizer be sure to rub your hands for at least 20 seconds, and make sure to cover all areas of your hand (palms, between fingers, thumbs, nails, back of hands).

Gloves are a good idea if you have to go outside and touch surfaces often. Viruses such as the flu can live on surface for minutes to hours. Disposable gloves will help you avoid self-contaminating yourself.

While none of these can guarantee you will not contract a cold or the flu, they can certainly help! Please seek the guidance of a trained medical professional always. The above listed items and remedies cannot take precedence over a trained medical professional such as a doctor, or a hospital. If you feel very ill, please seek medical treatment. When using essential oils, follow directions and use small quantities to begin.