For thousands of years those living in the Mediterranean have had less occurrences of heart disease and other ailments than Americans, which die as of a result their diets - either directly or indirectly. Recent studies have shown that a diet rich in plant foods and monounsaturated fats protects against heart disease, diabetes, and cancer. A research project named the "Seven Countries Study" conducted during the 1960's showed Greek men enjoyed the longest life spans due to their diets. Which foods enable longevity in this diet and why exactly do they contribute to a healthier life?

To follow the Mediterranean diet you do not need to move to Greece you just have to start making smarter choices such as cutting back on your red meat intake as well as the amount of processed foods you consume. The people of the Mediterranean consume foods that are fresh or have been made within their homes. They are big fans of olive oil which they usually mix with everything, which is why they have such great heart health. Adding olive oil to certain dishes instead of butter or mayonnaise greatly reduces your risk for heart disease and cardiovascular disease. The benefits of olive oil is that it is a monounsaturated fat which can lower total cholesterol and LDL (bad cholesterol) while increasing HDL (good cholesterol). It is also a source of antioxidants including vitamin E. 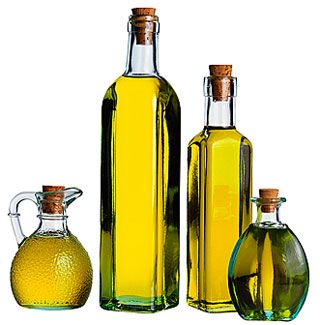 Adding to their great heart health is the amount of seafood they consume - whether it’s shellfish, octopus, or fish - consuming it instead of red meat greatly reduces your bad fat intake as well as unhealthy cholesterol. Fatty acids in fish such as salmon contain beneficial amounts of Omega-3 acids which are known to aid in heart health. We can also not forget about how many vegetables they eat a day, which is a good source of antioxidants and fiber making you feel fuller longer. A favorite snack is nuts and seeds which again have monounsaturated fats that reduce bad LDL and increase good cholesterol which is HDL.

For desert they like to have yogurt with fruit and honey or nuts and honey which again is healthier than eating brownies, cake, or ice cream which is loaded with a ton of fat and sugar. Other desserts include freshly made jams and simple, plain whole fruits (who would have thought?). Most of the fat in the Mediterranean diet originates from milk, cheese, olive oil, and fish.

Their recreational beverage of choice is not beer either, it’s wine, which recent studies have shown that drinking 1-2 glasses of red wine a day can actually decrease your chances of heart disease since it is rich with flavonoid phenolics - a type of antioxidant which protects against heart disease by increasing HDL cholesterol and prevents blood clotting. Of course, when you're not drinking wine, the other beverage of choice should be water. Avoid sugary sodas and soft drinks.

Remember that calories and portions still count, even when they are healthy. Be sure to include regular exercise along with your increased consumption of “healthy fats and oils,” because even though they are - healthy olive oil packs a hundred twenty calories per tablespoon so make sure you limit yourself. Stick to the saying everything in moderation and you will be just fine.